A museum requiring enlargement and renovation, an important cultural institution needing a new identity: this was the brief the Basel Museum der Kulturen gave architectus Herzog & de Meuron. A stone’s throw from the river Rhine, tucked into the tightly packed fabric of medieval Basel, the museum is housed in a classical building designed in 1849 by Melchior Berri and stands on the former site of an Augustinian monastery on the cathedral hill. Called the “Universal Museum”, it was designed to host both the arts and sciences and today boasts one of Europe’s most important enhnographic collections thanks to a continuous flow of donations and bequests. By 1917 the museum was already bursting at the seams. The project by Architects Vischer & Söhne extended the building to house 40,000 exhibits. Since then, the collection has grown to some 300,000 pieces, so that further extension was put back on the agenda in 2001.

Besides the need to make room for a collection of new exhibits and works of art, the museum also wanted to revamp its image and give itself a visibility worthy of one of Basel’s oldest, most important cultural institutions (Map 1). But expanding the existing building’s footprint in the crowded fabric of Basel’s old town would have meant penalizing and encroaching on the inner court it shares with the other buildings on the block.

Herzog & de Meuron decided to rethink the museum form the ground up, re-defining not just its volume but re-designing a new open museum space that fits into the urban surrounds, re-interpreting forms, spaces and traditional materials in a contemporary key (Photography 2).

The project starts with the entrance, formerly shared with the Museum of Natural Sciences on Augustinergasse. It now has a separate one accessed through a small archway linking Münsterplatz to the museum’s backyard – the Schürhof – previously inaccessible. Fragmented and disjointed by the surrounding patchwork of ancient medieval buildings, the court has become an extension of a public urban space, a new museum square welcoming visitors and effortlessly ushering them into the building. 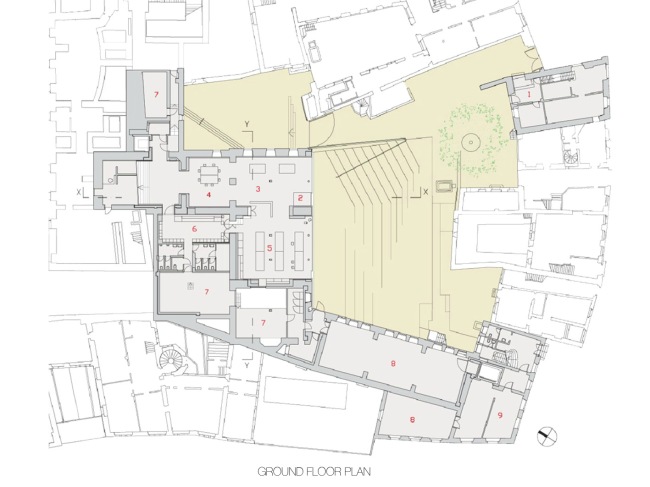 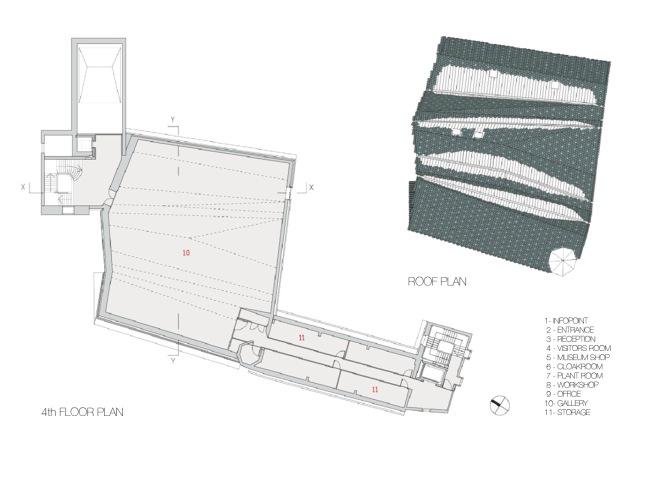 Set below ground level, the entrance is protected by an overhanging roof supported by seven suspended columns covered with climbing plants (Photography 3). These cascading green columns link earth and sky, the little enclosed square and the roof. They take the visitor’s eye up to the third caracteristic element of the renovated museum: its roof.

The shape and volume of the new roof hark back to the sharp angles and steep pitches of traditional medieval roofs. It is a signal of renewal of the whole neighbourhood ( Panorama 1 ).

The hexagonal ceramic tiles – some of them three-dimensional – that clad the irregular, jagged surface glisten even on a cloudy day (Photography 3). The play of light is similar to that produced by the jumble of tiled pitched roofs in the old city. 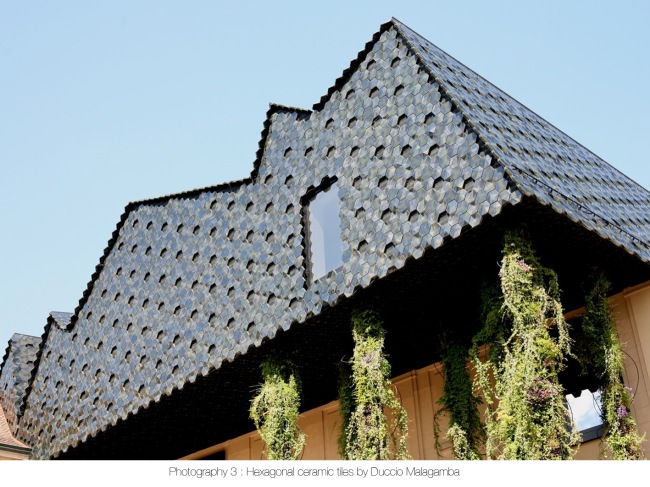 The steel frame defining and supporting the new roof creates a completely column-free space below. The orderly calm of clean right angles and aligned walls in the small rooms on the lower floors (Photography 4) gives way at this level to a surprising varied environment of irregular angles and unexpected recesses (Photography 5, Photography 6, Photography 7, Photography 8). Free of any obstructive structural supports, it stands as if suspended above town. 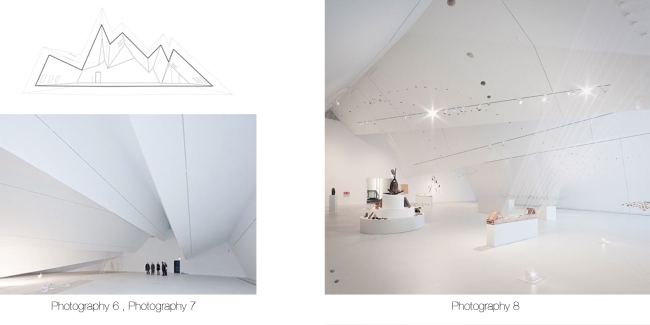 The closed introversion of central floors that seem intend on jealously protecting their museum treasures contrasts strikingly with the untrammelled transparency of the permeable ground floor and the many ample lights of the first floor. Some of the building’s windows have been blocked out to reinstate an orderly sequence to the compact façade, and provide more exhibiting space for the hosted works (Photography 9 ). The remaining windows have been enlarged. The thick walls now provide protected niches from which to look out over Basel. The rhytmic sequence of exhibition rooms is repeated on the first three floors. Only two areas break the mould: a large room on the second floor lit by only two windows overlooking the courtyard and a double-height volume for larger works.

The strategy of cutting away at ground level to make a new inside/outside public space and adding a rooftop box, recalls other Herzog & de Meuron museums of the same vintage. Tate Modern (1995-2000) has the ramped entrance to the basement, and at the Caixa Forum in Madrid (2001-8), the base of the existing building was cut away to make a generous entrance, while a new Corten crown signals its rebirth. Both were former power stations that could take – or demanded – robust handling. The context at Basel is more delicate, but the architects have not held back.

Although the restructuring has been consistent, there is one exception. In the oldest rooms, the original coffer-ceilings have been preserved ( Photography 10 ), while the pattern of the concrete beams in the new rooms aligns in just one direction. Care has been taken to restore the original room layout by eliminating the false ceilings and discreetly concealing technical plant in the existing architectural elements. 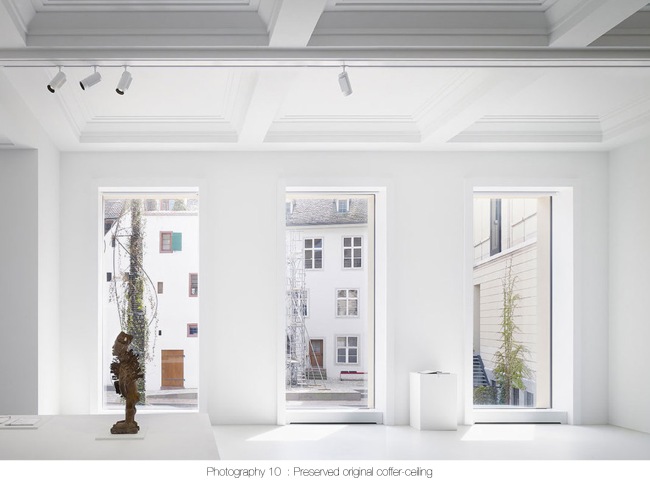 Sloping surfaces, the transparent slit of the entrance, a projecting roof, cascading plants and large first floor windows not only re-define the image of this one building, but of the entire city block, reinstating the museum as part of contemporary urban life.